Remember, the days when asking for the best PSP games (play station portable) from friends in school was a major secret mission? PSP games have not just revolved around our school time; it’s more than that. These little pocket goodies for all the gamers were a massive boom during that time. It is not making it old school stuff but an extremely cool thing given to us by Sony.

PSP games are still one of those favorite things of the millennial crew. With wacky lights, shiny screen, 3-dimensional look, and a small size, a complete package for the gamers before this android revolution took charge. So here is the bunch of best PSP games of all time, which would take you down your memory lane. Maybe you would play it again and for the new-gen people en route this nuzzled experience in the paradise of loaded games.

Top 10 Best PSP Games You Should Know About It 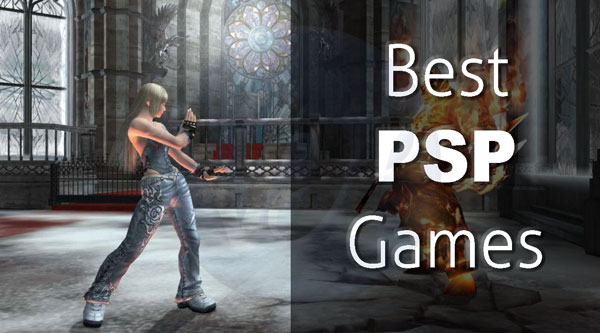 So, you guys are excited? Let’s find the best psp games you should get right away.

The grand theft auto vice city stories, cars are moving around people with guns loaded. And of course, the rock star looks stealing of cars and fights with the police just by lying back at our backs and relaxing! GTA pushes PSP games to reach its high potentials and bring it to life in an extraordinarily exciting and craving way. It is a mini portable game featuring all notorious and exciting stories and missions waiting for your arrival. It’s got humor and cops together, which is a deadly combo to deal with, clean and charms every player’s hearts.

An immense strategy and a quick puzzle-solving mind are required in this game. It’s got a great rhythm and mind-boggling challenges. Renowned artists like missy Elliot and Gwen Stefani got up into its scrimmage. First-timers may mistake it for Tetris, but it’s much more than imagined.

The gamer has to create square-like shapes of the same color and simultaneously keep its screen clear. Each level has two challenges with different random colored boxes that drop on the screen. This game increases puzzle-solving techniques and also has a piece of sweet music playing at the background with effects. The beats of the music also describe the player’s performance. It’s a short time game for busy block loving gamers.

Visually appealing and with all major effects this 2008’s favorite PSP game is a true treasure for a game lover. The best parts include a chain of Olympus and the ghost of Sparta. Ready at dawn being the maker of the game, it’s obvious that the controls and the visual looks of the game are awesome and really cool. There is a Greek influence on the game. Great visual effects, one could possibly get in a PSP. It’s a must for the god of fans. Greek mythology fans would really love it. It is adventurous and exciting for a gamer.

It is an Iconic gaming suffrage for games in history, which draws the attention back to pristine, unalloyed platforming. Daxter is such a play full of oneself and wittiness that ideally blends with the light, skill-based platforming that governs the game and the gamer. This PSP’s visuals are a little outdated at this time. But Daxter‘s energetic tones and ingenious details imbue the entertainment with excitement. Combining unusual mini-games that caricature famous films and the game is ready to go. There’s energy, emotion, giggles, boss battles, LAN multiplayer, mini-games, collectibles. Much more skill to be developed and enjoyed in Daxter, making it an absolute must-play for the PSP enthusiast.

Peace Walker conquers the blockbuster sensation of its console associates in a way that originates a curiosity whether Hideo Kojima surreptitiously updated the gamers PSPs. The violent plot, piles of premium content, and the obsessive militia construction next used in Metal Gear Solid 5: The Phantom Pain keeps the gamer engaged in the whole 30-hour runtime. Yeah, you read it right!

The action combines traditional Snake with deep crew command that sees you jerking the inside and outside of Mother Base while tutoring Militaries Sans Frontiers for deployment in the missions. Merged with the multiplayer co-operations and versus opposition’s modes, certain components get Peace Walker to feel like it’s nearly to explode out of its UMD at any minute. But then, Snake is nevermore for staying inside bounds, to commence with.

The game uses a reconstructed combat system unconventional from prior recreations in the series with new details. It is a reintroduction to the primary Kingdom Hearts, taking place ten years back. The game focuses on the adventures of Terra, Aqua, and Ventus, personas. That briefly emphasized in Kingdom Hearts II in their crusade to determine the disappeared Master Xehanort, and shield the realms from beasts known as the Unversed. The gamer has admittance to the three characters’ diverse situations when playing. It is a lot more than a twinkle in Square Enix’s eye when Birth by Sleep came out in 2010. At the time, this PSP side-story gave fans of the series something to tide them over in the meantime — and some reassurance that the series was still alive and well.

Prime published in 2007, the game is a precursor to the 1997 video game Final Fantasy VII and is a part of the series Compilation of Final Fantasy VII, which involves other outcomes related to the primary game. The game’s storyline leads the performer from the battle among the mega-corporation Shinra and the characters of Wutai to the circumstances in Nibelheim, halting simply before the commencement of Final Fantasy VII. The game was directed by Hajime Tabata, with Tetsuya Nomura working as a character designer.

Ere expansion, the Square Enix staff initially designed to create a PlayStation Portable port of the mobile phone game. It is a battle based produced and declared by Square Enix for the PlayStation Portable. The game fundamentally centers on Zack Fair, a junior member of the army system soldier, who is appointed to watch for the disappeared soldiers

Legends like the high-pace running of Burnout 3: Takedown and consolidates numerous courses and gameplay methods from the original two Burnout titles to perform a mysterious, remarkably delightful combination for racing followers. Legends return fan-favorite courses and styles like a pursuit, where performers can take command of a police car and attempt to take down unauthorized street racers before they disappear. Great visual effects with high contrast and an extremely enjoyable game for race track loving players. Want to engage in real race track games this PSP is your game with police behind you to make it more realistic.

The series’ trademark magic makes a comeback, as the fiery gameplay stuffed with unparalleled weaponry for Ratchet and appealing bewilderment sequences for Clank. Ability points, titanium bars, the R.Y.N.O., they all come back triumphantly in Size Matters.

When the player finishes the match, they can decide to enter “Challenge Mode”. Challenge Mode is a more laborious tale of the game, with more intricate villains. To combat this, all weaponry, shield, and nails collected so far are stocked through. Innovative sets of tanks are accessible in Challenge Mode and there is a bolt multiplier specialty incorporated. Weaponry can also be enhanced moreover by buying “Titan” versions.

High Impact Game which someway establishes a route to take Sony’s beloved Ratchet and Clank franchise, and imitates it almost flawlessly on the PSP. This time around, Ratchet and Clank set out to free a little girl named Luna from an olden race called the Technomites and their leader, Otto Destruct.

Rondo of Blood published in Japan in 1993 to significant praise, but an English translation of the game was never presented, till 2007, while Castlevania: Dracula X Chronicles gained its entrance to the PSP. Chronicles incorporated both Rondo and its renowned series, Castlevania: Symphony of Terror, in one unbelievable vampire deadly exciting package.

In Chronicles, you play as heroes Richter Belmont and Alucard and try to travel dangerous 2Dimentional, side-scrolling forts, and prisons in an attempt to bring down Dracula. Old-school Castlevania followers and novices analogously should savor the game’s unique soundtrack and renewed visuals. Great game for Dracula lovers and animation, thrill loving gamers with huge energy and enthusiasm seen during the whole game. A series type story included a game to hook the gamer more in the series of the game.

So, this was the top 10 list of the best PSP games of all time. Hope, you enjoyed reading about each and every game!