Are you trying to make money on the Internet through PTC (Paid to click), GPT (GetPaidTo), and MLM (Multi-Level Marketing) programs, or through microworking platforms? In that case, you may be making a big mistake, and this text is written to explain to you why, in 2020, it’s a mistake to try to earn this way.

What are the most common pitfalls that most people fall into, especially people from countries that aren’t developed (i.e. where the financial situation is unenviable) when they find out about the possibility of making money over the Internet? How to avoid traps on the way to making money over the Internet at the very beginning and how to get off on the right foot, without unnecessary wandering (i.e. how to educate yourself in the most efficient and effective way)? This text will address these issues. 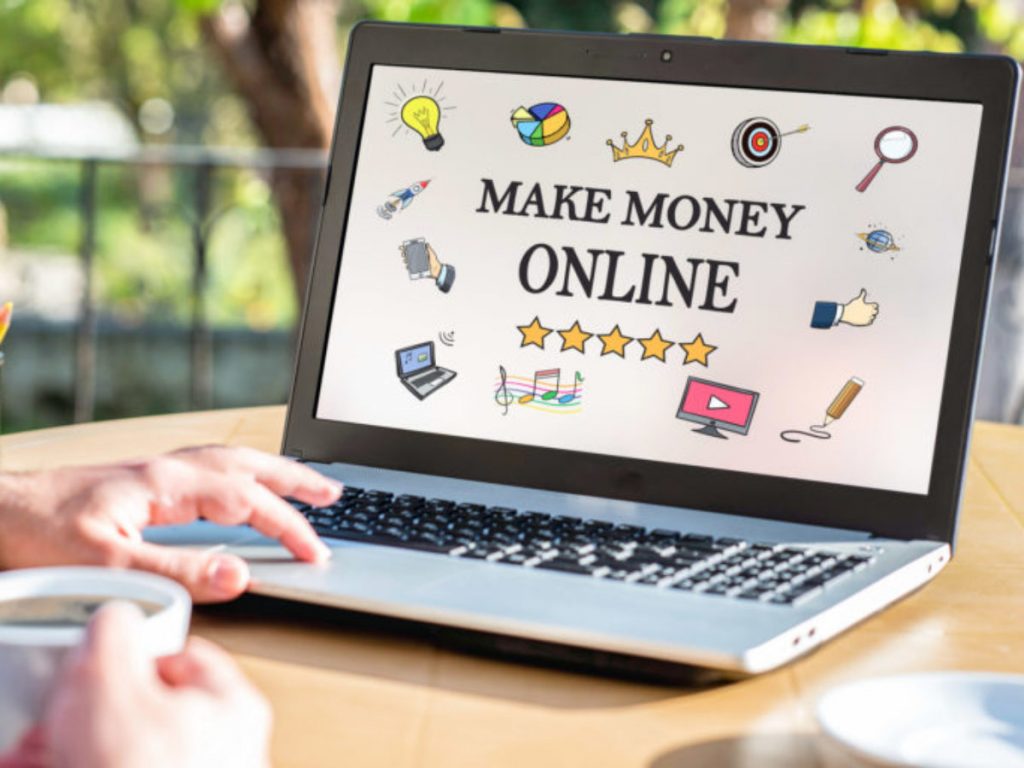 By deciding to read this text, we believe that you can make money online. There are various jobs that can be done online, and neither of them is a nightmare. In order to help you start your journey as painlessly as possible, we’ll explain to you why it’s a mistake to get misled and think quick earnings are possible, wasting time in any of the ways of Internet earnings listed in the next paragraph.

We’ll write about the 4 most common mistakes we notice that beginners, who want to make Internet money over and over again, make. These are:

Websites like Microworkers or Amazon Mechanical Turk (MTurk) offer simple, tedious jobs that cost from a few cents to a few dollars. The time required to perform these tasks ranges from a few minutes upwards.

Working on such jobs can bring you a miserable income on the Internet for a lot of effort. Doing such jobs will hardly teach you anything that will help you do more quality and better-paid jobs in the future. The only value of working on websites like these is to think about why someone wants to pay a few cents for you to do a micro job for them and how they make money with it.

PTC or Internet Earnings by Clicking on Ads

Websites like NeoBux are among the most visited in third world countries. It’s estimated that hundreds of thousands of people from these regions click on advertisements in order to make money because many got greedy believing in the story that they will easily make money by doing an easy job that doesn’t require specific knowledge.

That’s why this type of “earnings” is most often promoted as Internet earnings without investments. There are no investments, true, but unfortunately, it’s much harder to make money than it seems at first glance.

The essence of Neobux, WorldLinx, AyuWage, and similar websites comes down to clicking on advertisements that are served through the service and for which advertisers have paid in advance. Basically, ads are served to people who aren’t interested in them at all. Clients of such services either want to pump up the statistics on their websites or they are uninformed and don’t see the futility of investing in it. Or, they see in you their target group and someone they will make money on.

You also make money by performance. So, the more you click, the more money you’ll get. The money you’ll “earn” most likely won’t be enough to cover the price of electricity that your computer spent while you clicked on the ads, let alone your time invested. An additional and, probably, more cost-effective way of making money through such services is by enrolling people below you. Thus, part of the earnings that NeoBux, WorldLinx, etc. would get from the person below you (your referral) will be transferred to you.

The irony is that the most successful services of this type manage to survive because of the large base of users who are paid by the same users who try to increase their “user base”. The consequence of a tempting story (you click on ads and get money) with the expansion of the user base for money (such as MLM momentum) gave certain services the opportunity to survive successfully for years.

In other words, these services survive because there’s a relatively high probability that several of your friends, who will “recruit” more people, will join below you because – “Why not try, it costs me nothing?”

What’s the Problem With This Way of “Earning Over the Internet”?

The main problem is that, instead of spending time clicking on ads, you can spend your time on education and have a much higher income in a few months. If you’re among the people who are able to bring a lot of referrals under themselves, then we think you’re wasting your talent. A little education and working with much better quality programs would surely bring you much more income.

You don’t have to work with the last link in the “food chain” (where we include the services mentioned above) and you don’t have to be an “Internet toiler”, but you can jump a lot higher right away. You just need to invest time, understand what to do, and learn how to do it more efficiently. This will give you skills that will be useful to you in the long run and, certainly, more profitable than clicking on ads for a few dollars a month. Note that there are a lot of PTC websites that don’t pay at all, so you can stay even without that small change.

We’re sure you’ve come across many websites that promise you money and all you need to do is give your honest opinion by filling out surveys. This seems easy and cost-effective, so why not give it a try, right?

Well, there are at least 2 problems when trying to make money this way:

Even if you overcome these problems, earnings on the Internet through such websites will be minimal.

Many MLM systems present themselves as “revolutionary” programs with an unprecedented way of advertising banners. Basically, that story is pure nonsense. First, you need to place those banners somewhere (on websites) where it would be profitable for sponsors (in a better case, the target group to which something is sold is YOU). Since these programs don’t have websites that are interesting to sponsors, everything is just a story to attract those uninformed.

These are most often classic pyramid schemes where those at the top will (perhaps) make money, while those who join later will certainly lose their stake. The system depends on new members being constantly added, and when it reaches a peak in the number of members, the whole system breaks down. This is proven by the low position where the once-popular Banners Broker is now.

Some MLM Systems Are OK

Not every MLM program is a scam. MLM is legitimate if it has some business model behind it, some tangible product or service it sells. For example, no matter how overpriced their products are, Global Domains International from California actually offers something to the end-user and has something to sell. These are domain, hosting, and various tools. True, you can get all this either cheaper or of better quality (usually both), but its business model is legitimate.

Most of the hosting services can’t be found cheap and, at the same time, secure your website properly. Still, one type of hosting service – MySQL hosting – can provide you with this and stay cost-effective. It offers perfect configurations and free tools for WordPress sites, in addition to being secure, delivering good results for their users. MySQL hosting enables proper security for database encryption of your website by implementing auditing functions that also have database encryption.

It’s Harder Than It Seems at First Glance

To be clear, we think that you can make money through legitimate MLM systems, but it’s not as simple as it seems at first glance. It takes a lot of knowledge, effort, and work.

How do most people imagine that they will recruit people through the MLM system? In short – people act as if they have discovered something extraordinary and as if their friends on Facebook can’t wait to see the link and join the MLM program themselves. We’ve noticed that many people want to recruit their referrals by spamming the same text on forums, Facebook, and wherever they get a chance.

There are Facebook groups where, literally, every 10 minutes or so, a person posts almost the exact same article about how one can make money through this or that program. They mostly have basic websites, badly made, on a free domain (that in a better case), and most often use the same marketing “tricks” – post one and the same (poorly designed) message everywhere, trying to catch a few “fish” on a hook. But they won’t catch any fish anywhere because people are already numb to such ads.

We’re talking about those ads that claim that Internet earnings are nothing new and that you can make money over the Internet, that today it’s completely normal to make money that way, and that you’re wrong that you haven’t already started earning by doing light work from home without the supervision of the bosses and without any investment…

This is mostly true, but what you can’t do is make money by simply spamming that message. You have to offer people value in order for them to join below you, and you can only offer value if you have the knowledge you gain through work. It’s further irritating that most of these ads have in common that they show pictures of money piled up, good cars, and big houses.

What we’d like you to understand from this text is that making money over the Internet is quite real and absolutely possible. Invest a few months in education instead of chasing easy money and put yourself in a position to have more work than you have time.

We really think that it’s realistic that in a minimum of three, and realistically six to twelve months, you’ll learn enough to be able to find a decently paid job over the Internet from which you could live quite comfortably.